Blog Tour: Where the Sun Hides By: Bethany-Kris & London Miller 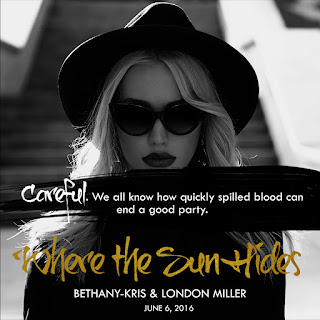 In places where the sun can hide, the darkest betrayals are made. Violet Gallucci and Kazimir Markovic have grown up in the same city, but on opposite sides of the game they call life—Violet, an Italian principessa della mafia, and Kaz, a Russian Bratva heir. Lines have been drawn, and they know not to cross them. Their paths crossed once, a long time ago, but when they meet again, the territory and rules set out by their families that have kept them separated seem to bleed away. She’s more than her last name … He’s more than a Russian … But secrets from the past—and the people determined to keep them hidden—have other plans for Violet and Kaz. Rival families. One city. Star-crossed lovers. They should be enemies. It could mean war. This is just the beginning … From authors Bethany-Kris (The Chicago War) and London Miller (Volkov Bratva) comes a thrilling, sexy new series—Seasons of Betrayal. Where the Russians and Italians clash in culture, mafia … and love. 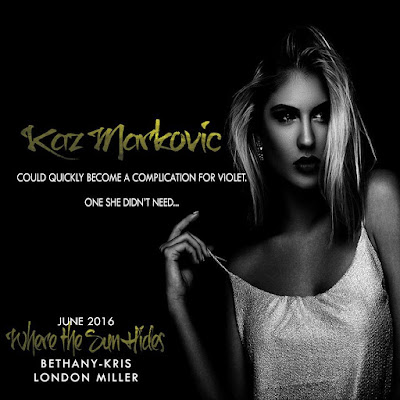 MUSIC PLAYLIST - WHERE THE SUN HIDES

Bethany-Kris is a Canadian author, lover of much, and mother to three young sons, one cat, and two dogs. A small town in Eastern Canada where she was born and raised is where she has always called home. With her boys under her feet, snuggling cat, barking dogs, and a hubby calling over his shoulder, she is nearly always writing something … when she can find the time. To keep up-to-date with new releases from Bethany-Kris, sign up to her New Release Newsletter here: http://eepurl.com/bf9lzD

With a degree in Creative Writing, London Miller has turned pen to paper, creating riveting fictional worlds where the bad guys are sometimes the good guys. Her debut novel, In the Beginning, is the first in the Volkov Bratva Series. She currently resides in Atlanta, Georgia with her husband and two puppies, where she drinks far too much Sprite, and spends her nights writing.