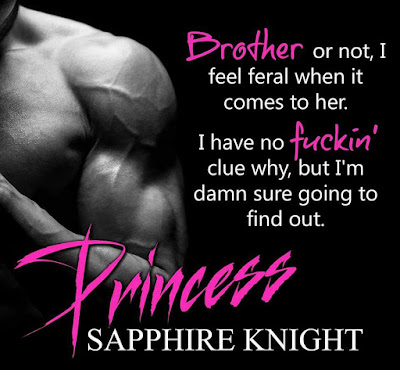 *STANDALONE MC NOVEL*
Biker bitch? Not this chick.
I can’t stand my father and his group of criminals and what better way to get back at my father, the President, then to sleep with one of them?
Poor little Prospect, he never saw me coming.
When my safety is jeopardized yet again by the MC, it’s not the Prospect to my rescue though, it’s a hell bound Nomad out for blood and my heart. 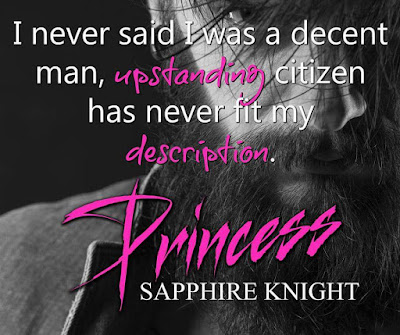 Wearing a cruel smile as he grabs my shirt, he slices up the thin tank top material. Once he has most of it cut away, he pulls the scraps off, tossing it to the floor.
I’m left in my bra, panting, my anxiety making me feel as if I’m about to have a heart attack. “You seriously need to stop; you don’t know what you’re doing!”
“That’s where you’re wrong. I’ll do whatever the fuck I want, whenever the fuck I want to. You see this patch here.” He points to the one percenter sign, and I nod, well aware of what it is. “Means, I make my own rules, and some snatch isn’t gonna tell me what the fuck to do.” He grabs my bra between my breasts; I try to wrench away, but they’re too strong. I don’t get back far enough, and when he slides the blade underneath to cut the bra, he draws my blood.
The sting to my sensitive skin is enough to have me spewing threats. “Do you have any clue who the hell my father is, you fuckwad?” I scream furiously. “He’ll kill you! You’re all fucking dead!”

Sapphire Knight is the International Bestselling Author of Secrets, Exposed, Relinquish, Corrupted, Forsaken Control, Unwanted Sacrifices, Friction, Unexpected Forfeit, Russian Roulette, Princess and 1st Time Love. The series are called Russkaya Mafiya, Oath Keepers MC, Ground and Pound, and Dirty Down South.
Her books all reflect on what she loves to read herself.
Sapphire's a Texas girl who is crazy about football. She's always had a knack for writing, whether it is poems or stories. She originally studied psychology and believes that it's added to her passion for writing.
Sapphire is the proud mom of two boys and has been married for twelve years. When she's not busy in her writing cave, she's playing with her three Doberman Pinschers. She loves to donate to help animals and watch a good action movie.