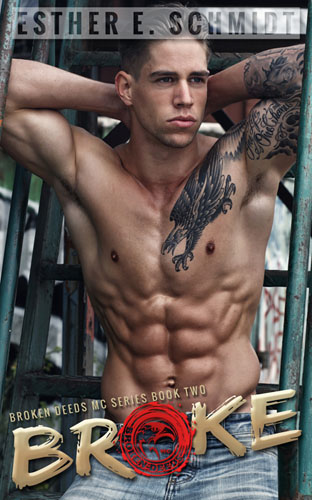 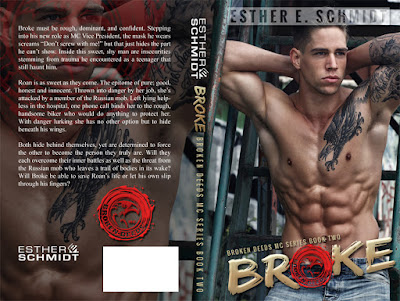 Broke must be rough, dominant, and confident. Stepping into his new role as MC Vice President, the mask he wears screams “Don’t screw with me!” but that just hides the part he can’t show. Inside this sweet, shy man are insecurities stemming from trauma he encountered as a teenager that still haunt him.
Roan is as sweet as they come. The epitome of pure; good, honest and innocent. Thrown into danger by her job, she’s attacked by a member of the Russian mob. Left lying helpless in the hospital, one phone call binds her to the rough, handsome biker who would do anything to protect her. With danger lurking she has no other option but to hide beneath his wings.
Both hide behind themselves, yet are determined to force the other to become the person they truly are. Will they each overcome their inner battles as well as the threat from the Russian mob who leaves a trail of bodies in its wake? Will Broke be able to save Roan’s life or let his own slip through his fingers? 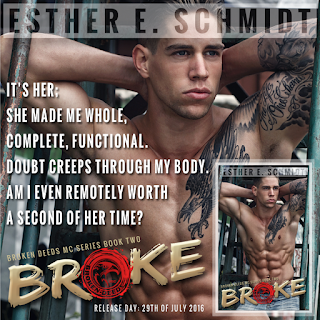 I gain speed every time my feet hit the ground. The distinctive smell of hospital antiseptic assaults my nose the second the sliding doors open. I need to get to Roan, and fast.
My heart had stuttered when I answered my brother’s phone and heard Mila’s cracking voice. Puk’s ol’lady had called to tell Deeds that her little sister, Roan, had been attacked. She was taken to the hospital and the doctors had said it was bad. Mila and her husband were still three hours away, stuck in traffic and they’d called my brother for assistance. No one is there for her.
Fuck that. I am. My ass was on my bike the very next second, and I broke damn near every traffic law on the books to cross town in record time.
Swiveling my head from left to right, I scan the place for a fucking nurse. There’s one tucked behind the desk so I step close and lean in.
“Roan Bayrells. What room is she in?”
The nurse eyes my cut. “And you, sir are?”
Shit. They’re not gonna let me in if I say friend or what the fuck ever. Without blinking I snap, “Husband.”
The nurse shoots me a strange look. “Husband? That’s not what…”
I don’t allow her time to question me. “Yeah, it’s new.” It’s new? I’m a fucking idiot. “A Vegas thing, we hopped in that boat a few days ago so we haven’t had time to change everything, okay?”
She nods and taps a few keys. After scanning her computer screen she looks back at me and says, “She was brought in a few hours ago. It took some time to contact her sister since she was the first on the list. I’ve just paged the doctor. He’ll be right… Oh, there he is.”
Her gaze is fixed over my shoulder, so I follow her line of sight and see a young dude, who looks more like a fucking teenager than a doctor, striding through the corridor.
His hand extends toward me. “Good afternoon, I’m Doctor Williams. You’re Mrs. Bayrells’ husband?”
“Yes, sir,” I croak. Fuck, that sounds so fucking right and I haven’t even seen the girl. 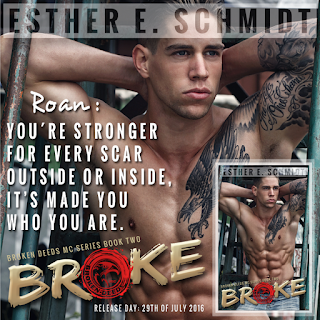 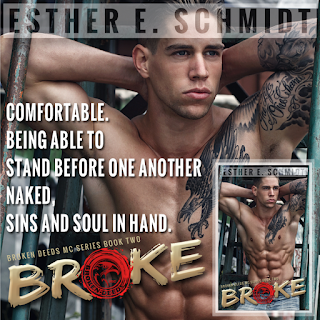 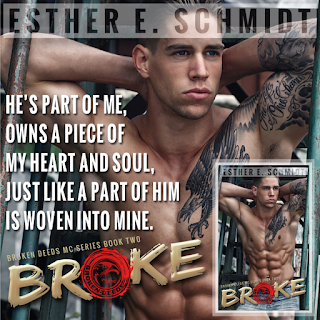