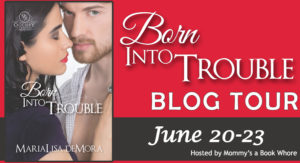 Benny Jones grew up fast, much faster than anyone in his family realized, in the backwoods sticks of Wyoming. Blessed with movie star good looks he didn’t lack for female attention, and his first girlfriend set the tone for his romantic life. Older, beautiful, rich, and generous, she wanted to have a pretty toy to play with, and a prettier boy on her arm. His worth became defined by her needs, which left him feeling empty and hollow. Ben found an escape from the sordidness of his world with music, and frequently lost himself in the sounds and rhythms he could create, trying to set aside the increasing feelings of worthlessness and betrayal. He knew eventually it would all catch up with him, and he was right. It did, the night he nearly died. Fortunately for Ben his older brother was there to save him. Again. Now, he’s attempting to navigate the world as a sober artist, digging in and holding onto his dreams by sheer determination alone when Lucia walks into his life. Sweet, beautiful, caring, and oh-so off limits Luce makes him think there are better things in store for him. There are problems, though. Not only doesn’t she fit the mold of his previous ladies, but her father is one of his brother’s best friends. No problem, right? 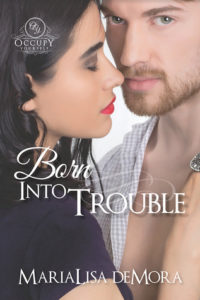 From Chapter Thirteen: “Why did I have to wear old clothes?” Luce was laughing up at him, trying to match his running strides, his hand clasped around hers pulling her along with him. They were racing through the big park near Andy’s apartment, Luce having come over when he called with a wild idea, luring her in with a promise of fun. He had two things with him, both important to this plan. “Because I said so,” he yelled back at her, smiling to see the wide grin on her face in response, her head shaking in dismissal at his silliness. “Hurry.” They were nearly there, and he took the four steps down to the splash pad in a single jump, feeling her flying through the air beside him. “Here.” Quickly he positioned her, shushing her questions as he assumed his own place nearby, their heads nearly touching, shoulders side-by-side, feet pointed in different directions. “Wait for it.” He urged patience, even as he wanted to go faster and faster. They’d spent a lot of time together over these past weeks. As often as he saw her, it was never enough for Benny, and he hoped he hid it from Luce, but more from Bear. Never enough. It could take a lifetime to explore every nuance of joy on her face. “Wait for it.” A nearby clock pinged, and he took a breath, then on the exhale, whispered, “Now.” A clicking rumbled under their backs and then the air was filled with water. Arching over their heads, crossing their bodies. Big fat droplets were cascading down onto her face and, eyes closed, chin tipping to the sky, she lay drinking in the sensation. With a flick of his wrist, he opened one object in his hand, settling the umbrella over their faces. Water tumbled down the sides and created a curtain separating them from the world. Phone in hand, he quickly shot picture after picture of her laughing face in close-up. Right there, so close he could touch, could kiss were he brave enough. Since the unfortunate beginning of their friendship, tied up in her brother’s pain and his failure, they’d spent part of nearly every day together. Most often just being quiet, she soothed him and brought a deep peace with her, so that sitting beside her on the couch became moments free from the bite. When they were out, they talked, chattered at each other, and probed the edges of the attraction they both felt. Soft touches, glances weighted with meaning neither were ready to act on yet, but every moment with her built something inside him. Something good and right. In those times, Benny often found himself surging forwards, then reining himself in, pulling back, because she mattered. Mattered to him, and to his brother, because of who her dad was. He wanted her, felt her confusion when he edged them back from the line that would change things. Turning to face him, she reclined on her side, pillowing her head on one arm. Slow blinks of her gorgeous browns. Spellbound within the illusion of privacy created by the water raining down. “Perfect.” That was all she said and all he needed. Relaxing, he let his head fall to the metal and cement underneath them, hand clutching the phone that would carry his memories of this moment. Another reason he could use to not fail. My Lucia. Eyes closed, he listened to the sound of her breathing over the splashing water, the echoing space under the umbrella making it seem as if she’d moved closer. Then he felt the heat from her on the side of his face, the sensation freezing him in place. “Thank you, Benny,” her whisper hit his skin like a brand, followed by her lips pressing to his cheek, burning the moment deeper into his memory. Indelibly marked. Forever. Without conscious thought, he lifted the phone and blindly pointed it at their heads where they lay curled around the other like a yin-yang symbol. “Anytime, honey.” Her lips touched his cheek again, and he breathed in air she was making richer simply by being there. Repeating himself softly, he whispered a promise. “Anytime.” 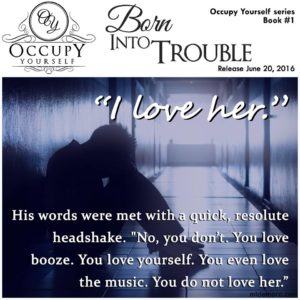 Raised in the south, MariaLisa learned about the magic of books at an early age. Every summer, she would spend hours in the local library, devouring books of every genre. Self-described as a book-a-holic, she says “I’ve always loved to read, but then I discovered writing, and found I adored that, too. For reading … if nothing else is available, I’ve been known to read the back of the cereal box.” A hockey fan, hiker, gamer, and single mom of a special needs son, she embraces her inner geek and has been working in the tech field for a publishing company for a couple decades. Music is a driving passion, and she says, “I love music of nearly any genre — jazz, country, rock, alt rock, metal, classical, bluegrass, rap, hip hop … you name it, I listen to it. I can often be seen dancing through the house in the early mornings. But I really, REALLY love live music. My favorite thing with music is seeing bands in small, dive bars [read: small, intimate venues]. If said bar [venue] has a good selection of premium tequila, then that’s a plus!” 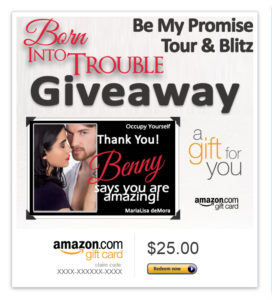