Blog Tour: The Deliverance of Dilan By: Kathy Coopmans

The Deliverance of Dilan is a standalone in the Best Selling Syndicate Series by Kathy Coopmans! 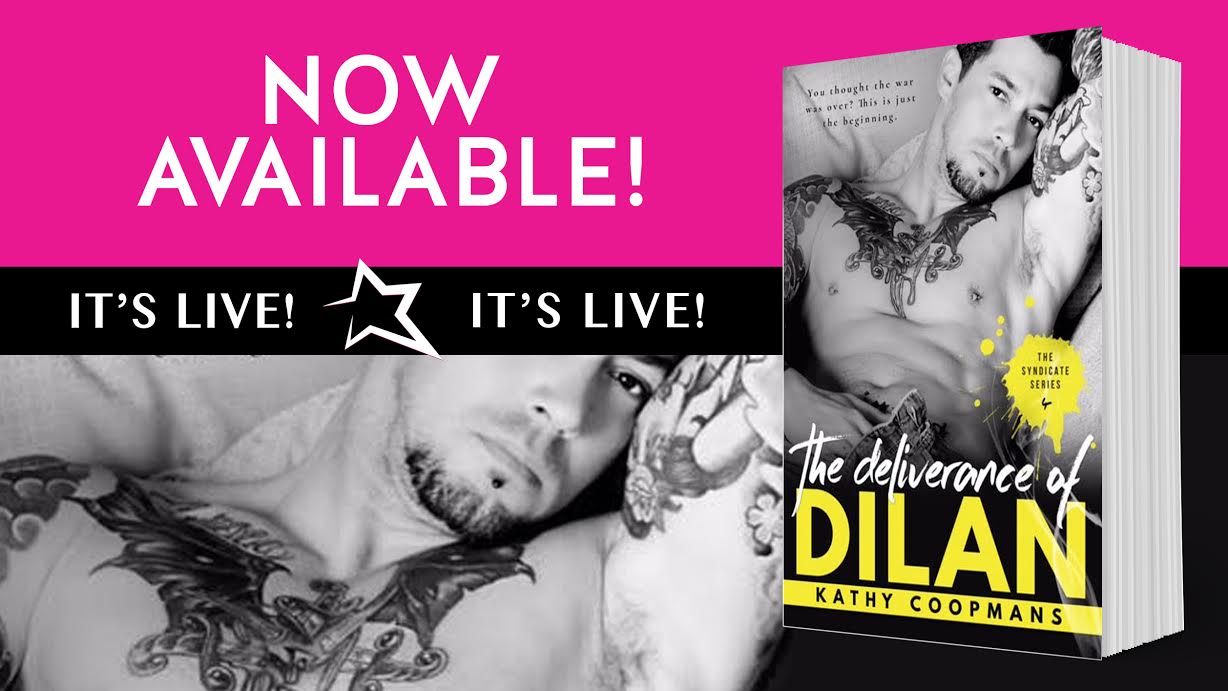 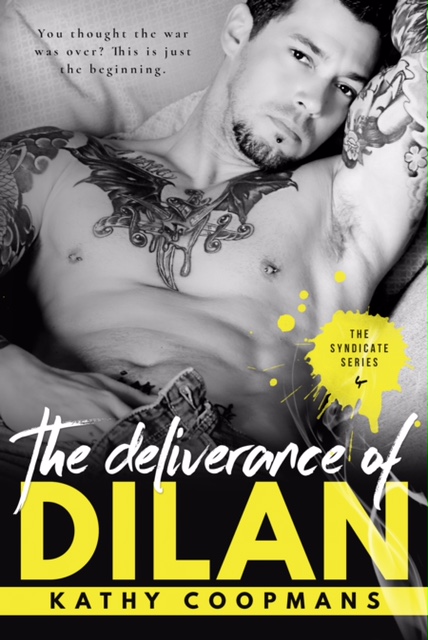 The man with a war to end.

The man who was put behind bars for a crime he didn’t commit.

The man who disappeared.

The man who fell for an innocent woman.

The man is back to deliver his rightful revenge.

Anna Drexler.
He saved her life.

He took a bullet for her.

He can't be forgotten.

Two people stand in their way.

A brother and a sister. 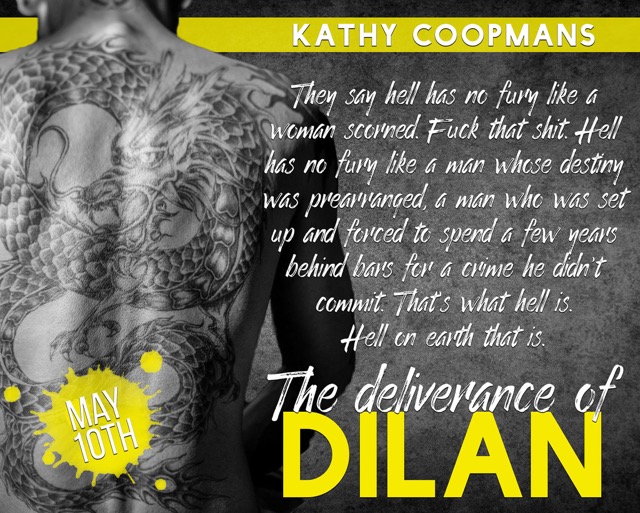 Excerpt
“I know what the fuck is running through your mind, Dilan. Let it fucking go. You can blame yourself all you want, but this is the last time I’ll tell you that no one blames you for this. We’re all a little shocked. Stunned to the very fucking core over this shit. One thing you need to know, to hear from me, is this. I can honestly stand here and tell you that if I were you, I would be doing the same thing. Nothing would have stopped me, and I know with every goddamn bone in my body that you wouldn’t blame me for a damn bit of it. Pull your head out of your ass. Man the fuck up. I want every one of those women back.” I close my eyes and clip the bridge of my nose, exhaling as I do.
“Don’t stand there pitying yourself or any one of us, Dilan. We will get through this.” My uncle stands directly in front of me. His words are mixing with the ones Roan just spoke, stabbing me with a dull knife into my already wounded heart.
“One thing I hate is repeating myself. But it seems with you I have to. You’ve always carried this fucked-up world on your shoulders. Just like your cousin, you’re a fixer. Determined to do shit on your own in order to protect those you love. Well,goddamn it, sometimes in life we need to ask for help. Even though you didn’t, you sure as fuck are getting it. There are things in life that drive us to do things we do not want to do. I know first-hand how these things or people that drive a knife so deep into your gut, twisting the shit out of it until you’re damn near bleed dry, can possess your every thought. It damn near killed me to know Royal had a part in putting you away. Why he turned on all of us is irrelevant. He did. He broke the rules and so did the Carlos family. The situation with Royal has lead up to all of this. My guess is he was jealous of you, like he was of his own brother. He had his filthy hands mingling with Juan’s, to attack me where he knew it would hurt me the most. My family.” He pauses briefly then continues on, his words pulling me from my gloom of guilt.

Other books in the Series

Amazon Best Selling Author Kathy Coopmans, lives in Michigan with her husband Tony where they have two grown sons.
After raising her children she decided to publish her first book and retiring from being a hairstylist.
She now writes full time.
She's a huge sports fan with her favorite being Football and Tennis.
She's a giver and will do anything she can to help another person succeed!

$50 Amazon Gift Card
Signed Copy of The Wrath of Cain 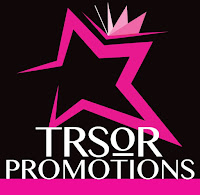