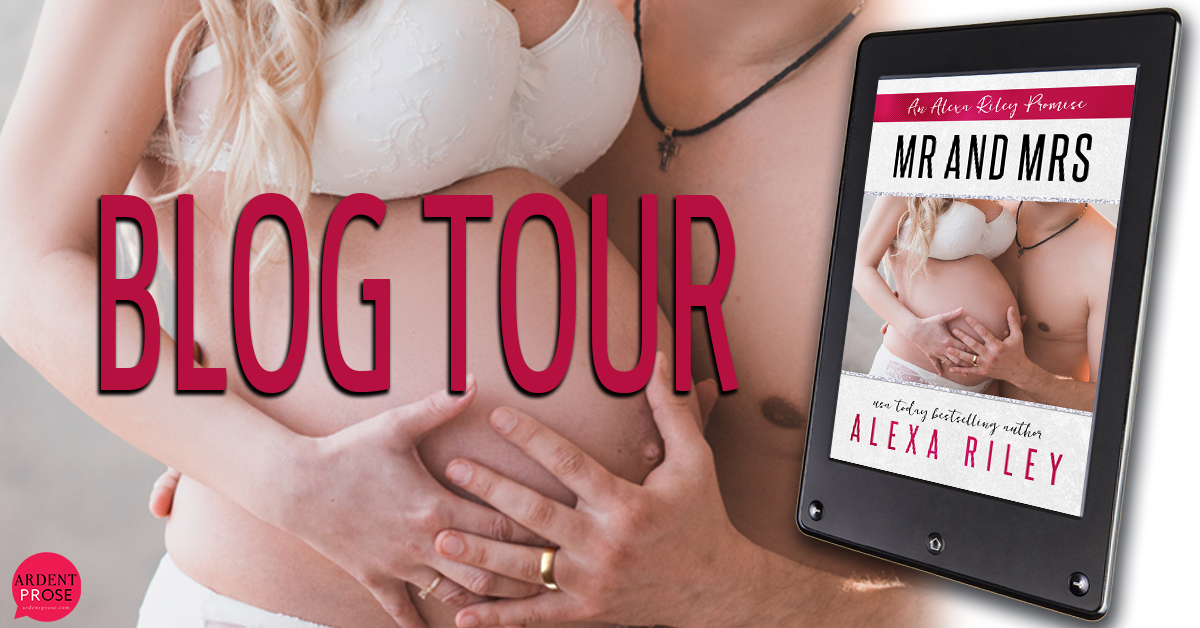 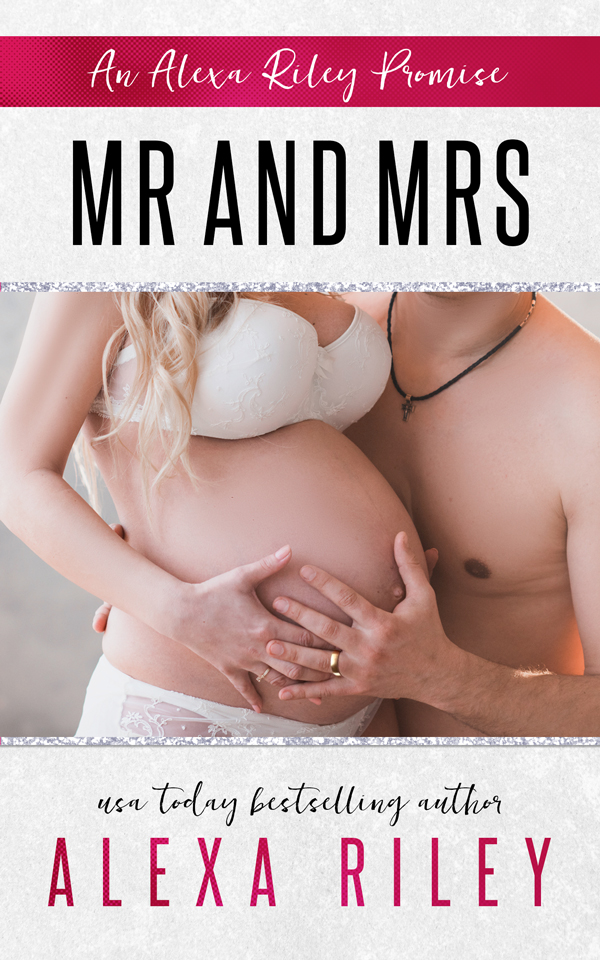 Welcome to Alexa Riley Promises. This series is dedicated to old romances. It’s tropes galore, with all of our usual over-the-top alphas and sweet cheesy goodness.


These short books will focus on traditional and classic tropes while sticking to the Alexa Riley code: no cheating and always with an HEA. That’s our Promise to you.

Phillip has been married to Molly for a year. He’s beyond obsessed with his new wife, to the point that he has to hold his true feelings back. If she knew how crazy he is for her, she might push him away.

Molly is feeling distance growing between them, and she’s worried she’s not enough. One night she walks in on Phillip, and it changes everything.

When Phillip discovers Molly was in an accident and now has amnesia, he’s going to do all he can to make her fall in love with him again. Holding nothing back this time.

Warning: It’s just as crazy as it sounds and just as over-the-top ridiculous. If you want to get silly with us and spend a little time away from reality, grab this one up! 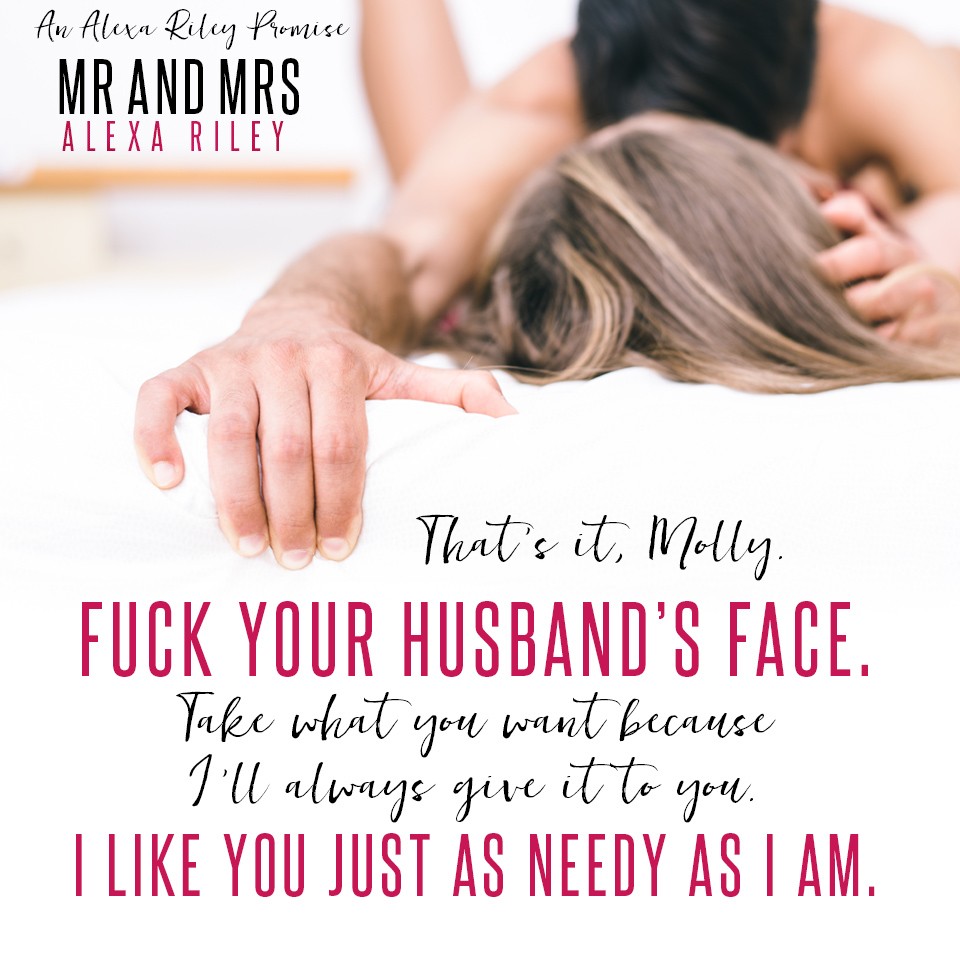 I told her she could do whatever she wanted to our space here, but she seemed uninterested in that idea. We’d talked about getting a place of our own, and that had excited her. She told me details about what she wanted, and so I hired an architect, relayed what she wanted and had him draw it up for me. I wanted to have a place built as the fairy tale she described, and then I’d surprise her with it.
That’s what this coming weekend has been about. Planning everything down to the last detail, all while wrapping up work. For good.
When I walk past the kitchen counter, I notice something there, but I keep on going. I’m too anxious to see Molly to stop and check out something I saw out of the corner of my eye.
Walking into the bedroom, I can tell something is off. I don’t feel her in the room. I flip on the overhead light in a slight panic, and when I see the bed is pristine, a nervousness falls over me.
“Molly?” I call, thinking maybe she’s in the bathroom. But as I start to search the house, I see that every room is silent and empty of her energy.
“Molly!” This time I shout down the hall, letting my panic set in. It’s time for her to stop playing games.
I hurry to the front of the condo, grab my phone, and go to the kitchen. I check my messages but don’t see one from her, so I send one, checking in. She must have forgotten to tell me she was out doing something tonight. Maybe I can meet up with her. I miss her so much already, and I don’t like the idea of her being out so late without me. I should have been here to go with her. I shake my head at myself.
I wait for just a moment, and my eyes slide over to what caught my eye when I first entered. It’s a small piece of paper, and I reach out and slide it toward me.
I feel as if someone has punched me in the gut. I look over to see her wedding rings on the granite next to it, and I fall to my knees. My heart is beating in my ears, and I can’t process what’s happening. It’s like I’m in a tunnel, but I’m falling. My breath comes out fast, and I see black spots in my vision. Just before the blackness takes over, the words flash again in front of me.
I can’t do this. Don’t follow me. 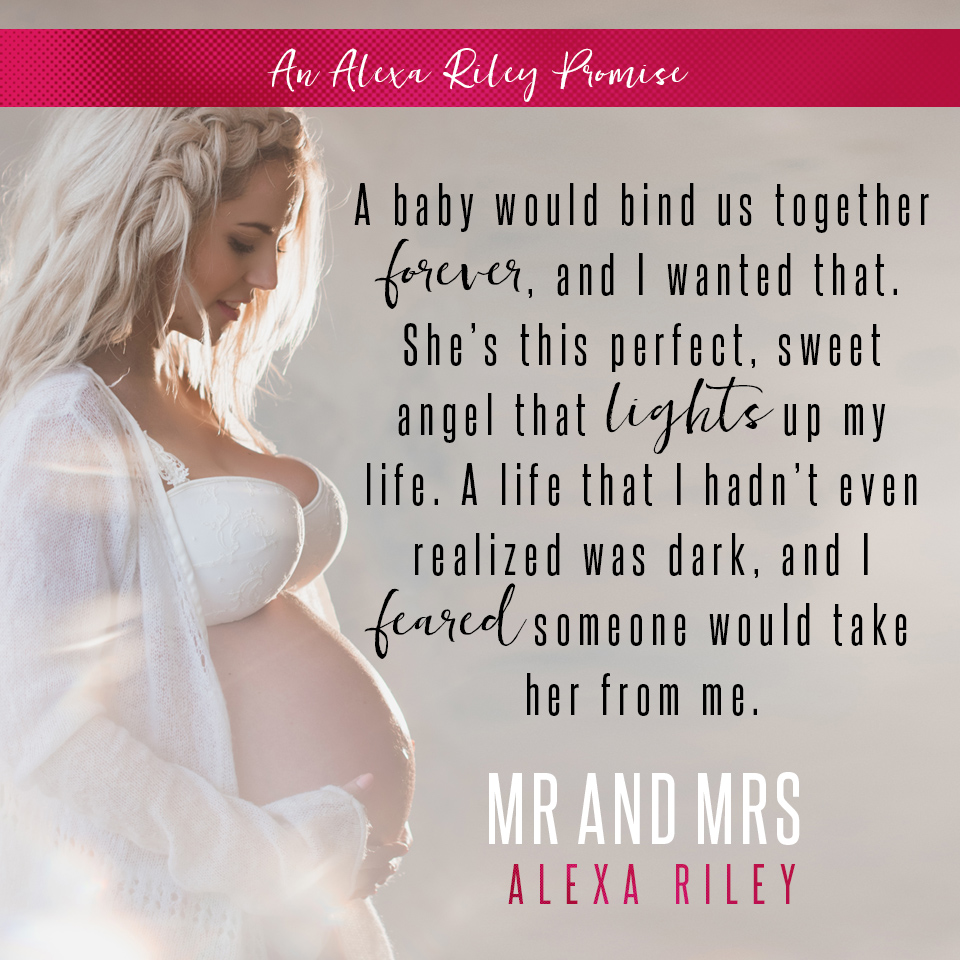 Alexa Riley is two sassy friends who got together and wrote some dirty books. They are both married moms of two who love football, donuts, and obsessed book heroes.
They specialize in insta-love, over-the-top, sweet, and cheesy love stories that don’t take all year to read. If you want something SAFE, short, and always with a happily ever after, then Alexa Riley is for you!