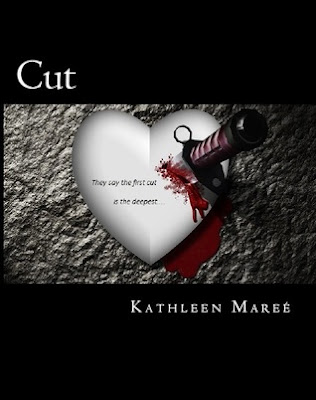 Penelope Price is a young woman who is utterly scarred and broken. She has been Cut. Residing with her best friend Rosalie since the sudden demise of her long term relationship, she finds herself severed from the world she once lived for. After months of Rosie suffering through failed attempts of trying to drag Penny back into some form of reality, finally, it happens.

A nightclub in Sydney leads to a strange encounter with Jay, a musician who at first meeting seems dangerous, but for unknown reasons there is an unconscious draw. When her inner turmoil dramatically ruins the night, it appears she may be worse off than where she started.

Will her wound ever heal?

Uninvited interest from the mysterious stranger messes further with Penny's emotional state, resulting in more confusion than comfort. He seems to be hiding behind his own secretive walls and she isn't sure she can trust him. The sudden return of her ex, Evan, who is persistent to fill in the reasons for their demise, exposes the shocking truth. Ultimately sending her into the lowest point of her existence.

Does she find her definitive end in the dramatic final scene of her story?
Has she been Cut?

"Penelope, I have to go."
In a daze I just keep staring, not moving an inch, barely even blinking.
"I want you to tell me that you are alright, before I will leave you," he pleads. Still not really putting coherent thoughts together, I force a smile to my mouth automatically in response and soften my gaze upon his.
"I’ll be fine."
His expression is torn, but my words seem to be enough for him to rationalise that he is fine to go. He forces a tiny smile, mimicking mine.
"I will call you," he replies as his breath blows sensually out over my mouth - the scent beyond exhilarating to inhale. His face dips towards mine, still grasping my chin and places a firm yet intricate kiss on the very corner of my mouth. It lingers for a moment before he hastily pulls away, dropping his secure hold and standing all at the same time. Before I can manage a thought or response, he abruptly heads out of the lounge room and into the lobby. Mere seconds later, I hear the faint click of the entrance door.
He was gone.
.
About the Author

From the earliest age I was a born storyteller.

Ask my parents and they will tell you I had a gift for making a simple event seem like an elaborate one. Purposely? No. Innocently? Yes. It was my imaginary world that initially led me to believe I wanted to be an actor. All of that role playing and living in fantasy... it was an obvious direction for me. However, becoming quite uncomfortable with the limelight quickly saw that dream diminish.

Over the years I turned my world of fantasy into stories, and eventually began writing them down. Before I knew it, 'Cut' had been completed.

Posted by Whispered Thoughts Book Blog at 6:15 AM